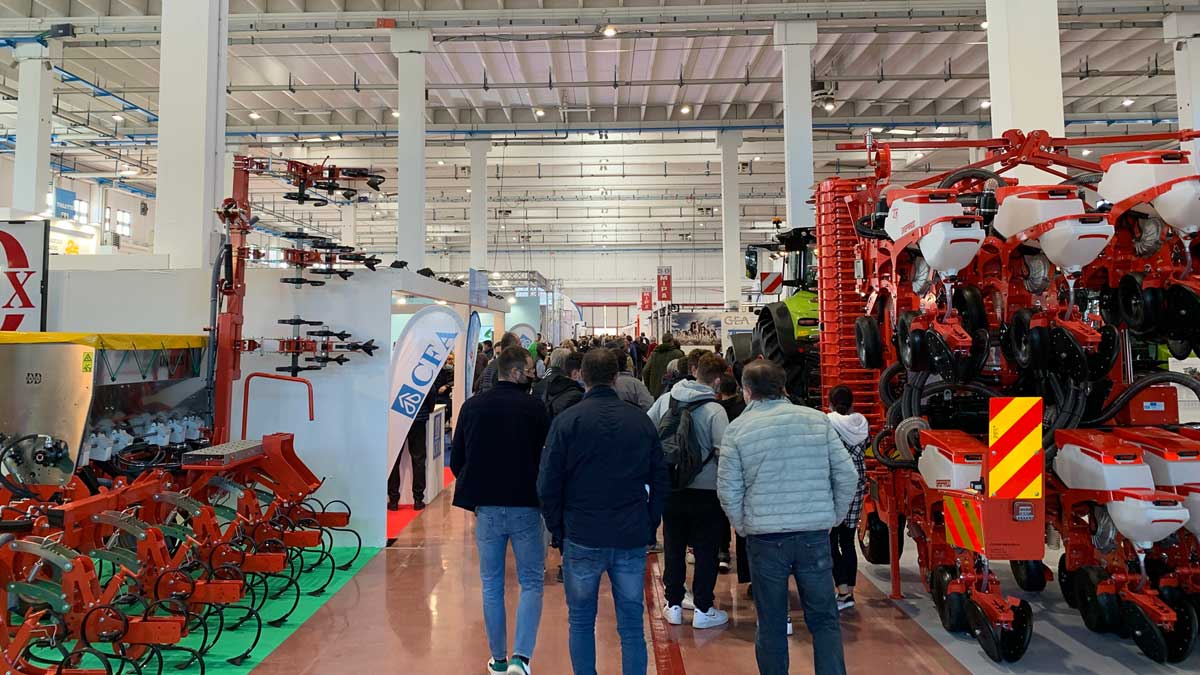 The 93rd edition of the Italian Agricultural Zootechnical Fair of Montichiari closes its doors with over 35,000 visitors and confirms itself as a point of reference for the primary sector.
“We have seen an influx of professional operators, agricultural entrepreneurs, young people, but also families who demonstrate the interest of civil society in a strategic sector such as agriculture – says the president of the Montichiari Exhibition Center, Gianantonio Rosa -. We are very satisfied, because in these three days of events, conferences and insights we have put agriculture and animal husbandry at the center of the country’s attention, with the presence of the Minister of Agricultural Policies Stefano Patuanelli, the Minister of Regional Affairs and Autonomies Mariastella Gelmini, of the Hon. Paolo De Castro, responsible for the Socialists and Democrats in the Agriculture Committee of the European Parliament and of the regional and territorial institutions which, we recall, represents the first animal husbandry province in Italy and is one of the most important reservoirs of Made in Italy “.

Among the nine pavilions of the FAZI in Montichiari, the agricultural and livestock world is looking for innovations to combine animal welfare, productivity and increased production. New technologies are not scared, they are seen as allies for sustainable production growth, where the environment is also respected.

A goal, that of attention to the reduction of emissions, to the enhancement of livestock waste through profitable and multifunctional technical solutions such as biogas and – new frontier – biomethane, which is increasingly within reach, as the results of scientific investigations demonstrate. Agriculture, in fact, is the only sector that has reduced emissions into the atmosphere over time compared to other production segments such as transport or industry.

An aspect on which also Fortunato Trezzi, president of ANAFIBJ, the National Association of Friesian and Jersey breeders, stopped, which with the debut in Montichiari of the 69th National Show of the Friesian breed and of the 10th National Show of the Jersey breed, animated the FAZI ring.
“The issue of sustainability is particularly felt and, sometimes, it happens that animal husbandry is placed on the index – says president ANAFIBJ, Trezzi -. Still, this is fake news and it was amply demonstrated during the lockdown that it blocked everything except agriculture. The data tell us that the values of fine particles have collapsed, confirming the fact that the impact that agriculture has on pollution is much lower than other production activities or transport “.

Covid has paid attention to food safety, to the guarantee of having sufficient and quality food. And from Montichiari, FAZI also turns the spotlight on other factors that need attention so as not to send a sector heavily tested by rising production costs into default, starting with profitability. From the stage of the FAZI is the Minister of Agricultural Policies Stefano Patuanelli who ensured a quick conclusion of the Milk Table, with a possible adjustment of the national price.
The price lists should in fact take an upward direction, in the face of stable European production and demand – in particular for cheeses, ie products with high added value – which is maintaining positive levels.

Confirmation of the upward trend also comes from Gianpiero Calzolari, president of Granarolo, one of the most important companies in the dairy sector in Italy, with over 2,400 employees, over 600 contributing farmers and 1,280 million euros in turnover.

“Production costs have skyrocketed, there is a negotiation underway because it is necessary to ensure that vegan production costs are distributed throughout the chain – explains the president of Granarolo, Calzolari from the FAZI of Montichiari -; the trend can only be a rising price, because in Europe the price of milk has risen and we do not, on the other hand, have increases in production. We are now experiencing an anomalous phase, today Italy pays less for milk than Germany: it has never happened in a stable way and, therefore, it is unimaginable that such a situation can be maintained for a long time “.
“The spot milk price, which is only a reference, because it is not the market price – explains Calzolari – has high values. The important thing is to be able to transfer this problem along the entire supply chain, so that industry, on the one hand, and marketing, on the other, are able to recover these higher costs “.
Even the issue of labeling, with the decrees requiring the indication of origin of raw materials, should be resolved by the end of the year, so as to avoid a return to the lack of identity of the raw materials used.

The uncertainty remains for the prices of raw materials which remain high (corn + 52% compared to 12 months ago, soybeans + 56%, barley + 43% on a trend basis, source: Teseo.Clal.it) and which are worrying in in particular pig farming, where the prospects for an increase in pig prices are more distant in terms of time than in the dairy sector and are closely linked to international markets and the recovery of Chinese imports.

The reform of the Common Agricultural Policy, which will come into force from 2023 and which does not completely convince farmers, is now grappling with the definition of the National Strategic Plan and from Coldiretti, during the 93rd FAZI of Montichiari, the request arrives that at least 70% of the funds allocated by the ecosystems are used for animal husbandry, against the indispensable role of the livestock segment also in protecting biodiversity and maintenance of the territory.

There is increasing interest in new technologies that guarantee animal welfare, quality of production, multifunction, but also at the same time the well-being of the farmer, because new technologies guarantee greater monitoring even at a distance through smartphones and other devices. .

The 94th edition of the Italian Zootechnical Agricultural Fair will be promoted by the Montichiari Exhibition Center in the second half of October 2022.